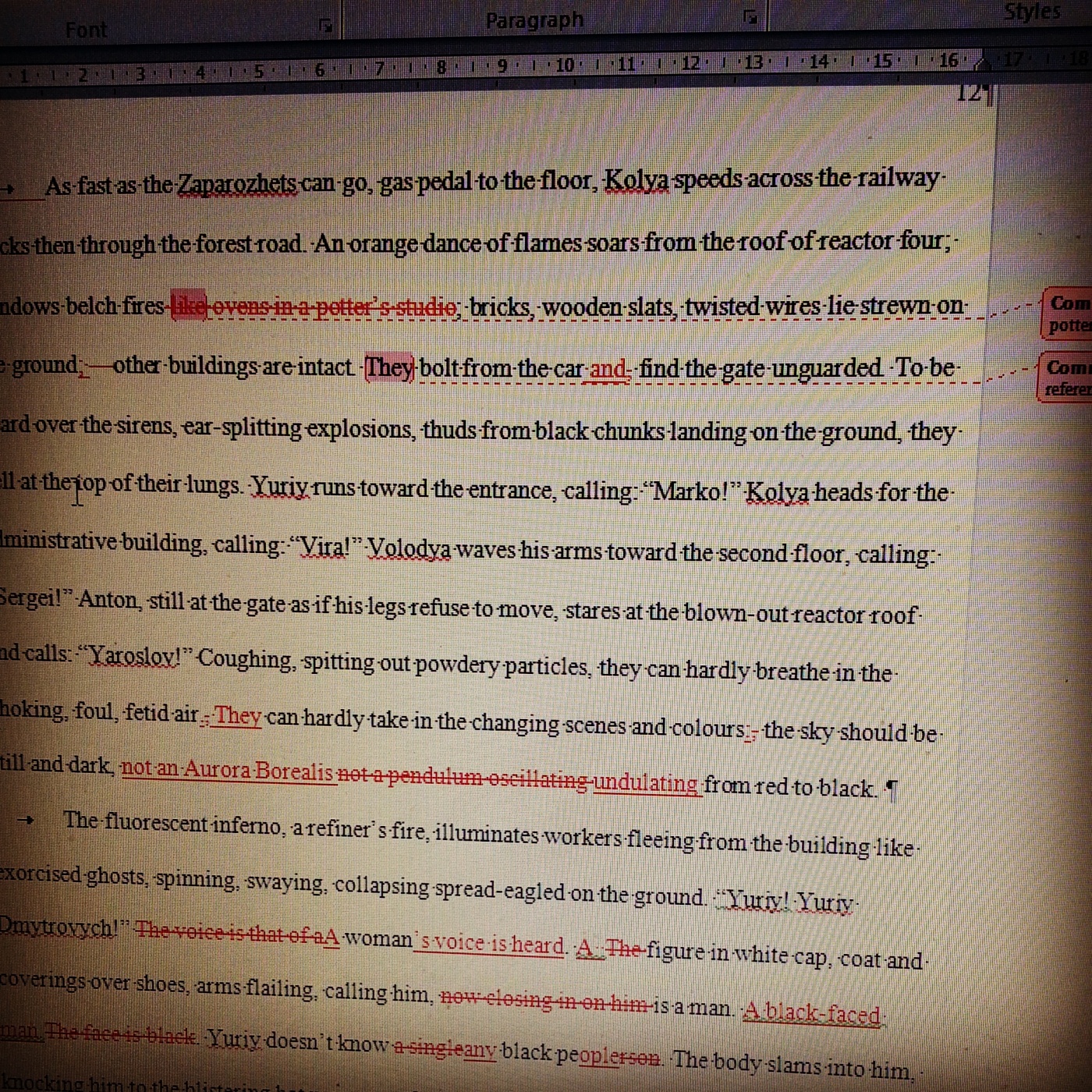 I know! Some people think I’m crazy and perhaps I am, but I truly love to edit. Perhaps my “fetish” came from my father. My dad was a great editor. His first job (I believe he was eight) was as a journalist who, upon listening in on conversations between his mother and her neighbours, became Halifax’s first writer for and publisher of tabloids. Alas, his days of yellow journalism ended quickly when his mother discovered the rag and shut down the young entrepreneur. Censorship was alive and well in the Pottie household in the 1920s.

My father went on to write and edit for the Chronicle-Herald, and CBC Radio and TV news. He wielded a mighty editor’s pen as regional news director and editor-in-charge throughout the 1940s, ’50s, and ’60s. Always writing and editing, he retired from CBC in the late 1970s.

However, that wasn’t the end of his editing. He continued to read the newspaper and listen to the news, editing as he read, listened, or watched. He always advised the news provider of the mistakes that were made.

I published my first article in The Buzz in 1996 (I think). Proudly, I showed the article to my father, who then proceeded to edit the already-published piece. I was a little miffed. Next time, I was more careful before I showed him my work.

I’ve been a reader since before I can remember. That sounds weird but I don’t remember when it started. I read everything I could get my hands on, age appropriate or not. I read the Bible because I had to but there were some really interesting stories in there. Esther, for example. Visiting my older siblings in Montreal, I read their books: Hemingway, Fitzgerald, Cohen, Lennon, Lenin, the list goes on. I had a period of Harlequin romances and other of the genre, mostly because I was taken to the Netherlands, England, Scotland, and later those same places in history. Newspapers, magazines, bla bla bla.

What has bothered me throughout have been the mistakes. Small things, big things. Because the story stops: He leaned in to kis her [screech]. Get out the pen.

While doing graduate studies, I worked with students with disabilities. I was to help them write better. I loved the work because these students had trouble sorting out words, phrases, sentences, transitions, parallel structures, themes, etc. Once they got the hang of it – because they did – they were thrilled and relieved. They weren’t stupid, although they’d been told they were, in some circumstances. They just had a processing problem, a sorting problem. They couldn’t put on a hat and have it all figured out for them. They needed some hands-on, one-on-one assistance to show them the boxes, what went in the boxes, and then away they went.

Now I edit and proofread for other people (I suck at doing it for myself despite all the tricks I learned and taught). I’m in my element. I get to read new work, new research, and look for those small irregularities that bug me – timing, parallel structure, the thirteen year old who is murdered and is fifteen once the murderer is found, etc.

I thought that editors were mostly unsung – not that I’m looking for a parade – but I read an article by a writer today that was wonderful. Thanking editors. Praising editors. Worth their (our) weight in gold. Have a read.

One thought on “Why I love editing”